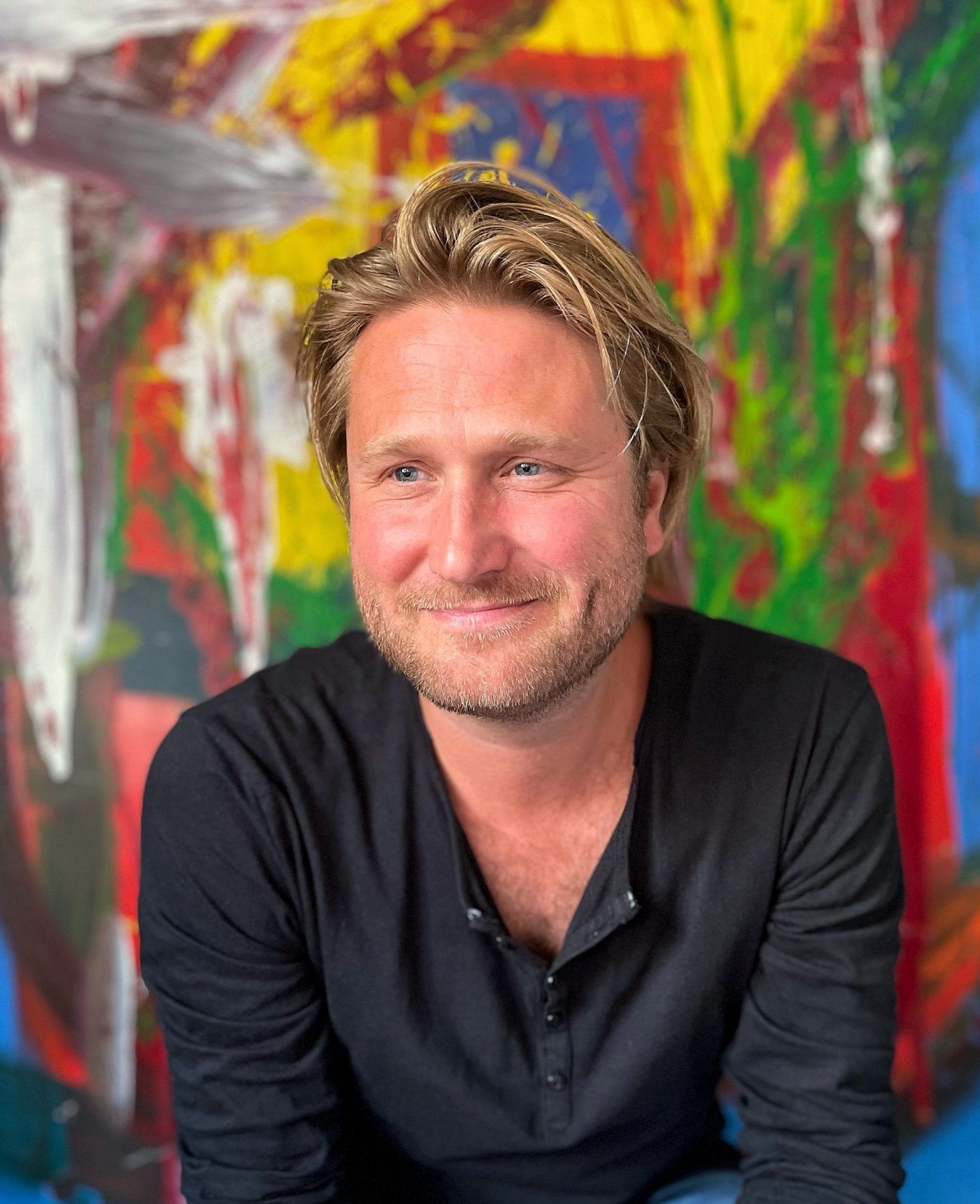 “It fascinates me how drug-like addictive a song, a film, a painting, a quote, a wine, a meal, a certain view, a person can be… how we have this incredible urge to revisit something that we perceive as so sensually aesthetic that to not have a chance to experience it again can cause such displeasure”

I am a British artist living and working in Copenhagen.

After studying Art all throughout my school years I furthered my practice and knowledge at the University of Plymouth in Devon, England, where I completed a BA (hons) degree in Fine Art, specialising in painting (2002-2005). In 2006 I moved to London to work as an art technician at Europe’s leading original prints gallery Alan Cristea Gallery (now Cristea Roberts Gallery in Pall Mall) a stone’s throw away from the Royal Academy of Arts in Mayfair. The gallery represented a vast array of masters’ works including Henri Matisse, Joan Miro, John Hoyland and Sir Howard Hodgkin – just some of the many greats that would later have a profound influence on my theoretic practice and painting style. It was there where I learnt the importance of curating in public and private spaces as well as the commercial side of the art world. It was an invaluable three years.

In 2009, aged 26, I left London lusting to travel the world. I moved to Hampshire on the south coast of England and picked up a waiting job at a beautiful coastal restaurant that housed an acclaimed Michelin starred chef. It was at Pebble Beach where my other passion for food and wine was catalysed, with wine becoming a central focus of interest. At the end of 2010 having saved enough money I set off for New Zealand where I spent two and a half years in two stints over the next four years; an 18 month period residing in Burgundy, France, in between – all in knowledge pursuit of wine and the cultures that surround it. Painting stayed with me throughout this time with seascape/landscape being a dominant subject matter. And during my spell in France and second trip to NZ I explored musical composition – something I would later infuse into my painting practice.

In 2015 I left the South Pacific and returned to England for a year before stumbling across the most endearing of wine bars in the most mystical of cities and in June of 2016 I moved to Copenhagen where I continue to reside and work. I spent five wonderful years at Ved Stranden 10 wine bar until September 2021 when I decided to focus full time on my painting. I am currently represented by Galleri Kalhøj, Store Kongensgade 22 in Copenhagen, Denmark.